Revised and updated in summer 2020, this flagship course has been converted into a virtual classroom format. The three tutors are all well-respected editors in the industry with a wealth of experience.

Once you have taken this course, you will have the foundations on which to build a successful editorial career.

Students wishing to start a publishing career with formal training in editorial skills and individuals who have to proofread and copy-edit as part of their job.

What will you achieve?

On completing this course you will:

The course promotes active learning through a blended approach of self-study and three online group sessions.

You will learn through a range of short and longer exercises, on-screen and offline completed independently or in small-groups, supported by group discussion and expert guidance and feedback from our highly experienced PTC tutors.

An introductory pack will be sent to delegates before the course. The pack includes a comprehensive self-study module written by Jane Buekett which provides an introduction to:

You will learn to identify and fix:

You will also learn:

You will also learn how to proofread effectively:

The course consists of six x 2.25-hour sessions including breaks, each a mixture of delivery and interaction using Zoom breakout rooms and other online tools. There will be a 45-minute exercise set to complete between the sessions, and a 45-minute break. The course will run on from 9.30am to 2.00pm on each day.

You will need access to a computer or laptop with a camera and microphone and with Microsoft Word and either Adobe Acrobat Reader DC (which is free) or Adobe Acrobat Professional installed. To join the course, you  will need to activate a Zoom account. This takes two minutes and does not require any payment. It is purely for administrative purposes.

Any information to be completed beforehand will be sent via email.

Please contact us at courses@publishingtrainingcentre.co.uk with any accessibility or special requirements, for example having in-session captions or the learning materials sent to you in advance.

If you have any concerns about technical requirements or access please contact us on courses@publishingtrainingcentre.co.uk or telephone (+44) 020 8874 2718.

“Caroline was an excellent tutor. I’ve gained clarification on many rules when copy-editing and proofreading and new ways of seeing both jobs.” Osprey Publishing delegate

“The course was great! It was taught in an engaging and easy to understand manner, but also was rigorous, thorough, and informative. I was able to improve my work straight away.” BRF delegate

“I really enjoyed the course. The general grammar and proofreading/copy-editing points were very useful and the style sheet immensely helpful.” Bloomsbury Publishing delegate

“I enjoyed the course very much and have no suggestions for improvement. I learned, and was able to practise, new copy-editing skills and now feel comfortable to take on more editorial tasks.” Publishing Assistant, The National Gallery

“The course served as a great refresher of my university editorial modules and filled in my knowledge gaps after having done little editing in the last year due to COVID.” Editorial Assistant

“Caro was a fantastic tutor. I wanted to learn more about the basics of copy-editing and proofreading, and whether this was a career I wanted to pursue. I learnt a great deal about the differences and jobs of each of those roles, and that I do want to pursue work in the field.” Aspiring editor/proofreader

“I loved the course. I’ve gained confidence and Sarah was fantastic, inspiring.” Freelancer

“I really enjoyed the course, the structure was great. I learnt editing and proofreading skills which I could use the next day. It has boosted my confidence in proofreading and copyediting by helping me understand the roles they play in the publishing process. I enjoyed doing the tasks 'offline' by yourself, and then coming together as a group to discuss.” Editorial Assistant, Class Publishing

“Really enjoyed the course. Sarah is knowledgeable and friendly. The course worked well over Zoom – the sharing of slides and materials, and being able to discuss points was fairly easy. As I do a mixture of copy editing, proof reading, and type setting, it was good to see how each role is separated out and the individual things to look out for.” MGP delegate

“The use of polls was an excellent way of engaging and interacting with the students - I have rarely seen such efficient use of Zoom tech in online training. I enjoyed hearing Sarah Sodhi's real-world examples, especially past experiences working with copyright checks. I will be able to apply the concepts and training to my upcoming job as managing editor in an industry publication. My main take-aways from the sessions were publication workflows, style sheets. the scope of copyediting versus proof-reading, coding for format/structure and red flags for plagiarism.” MA Student, King’s College London

The tutors devised and fully updated the course in 2020. One tutor will deliver all three morning sessions of a course. 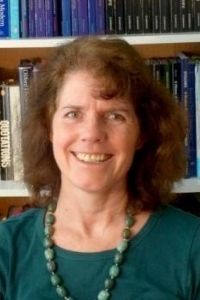 In an in-house career that took her to Berlin, London, Oxford and Cambridge, Caroline Drake worked on a wide range of academic books, journals and illustrated trade titles. She was trained at Blackwell and Cambridge University Press, where, as senior subeditor then copy-editorial manager, she in turn trained copy-editors and proofreaders for fifteen years. She updated Butcher’s Copy-editing, with a colleague, for the fourth edition.

Now freelance, Caroline enjoys helping authors to get things right, first time. She has created and taught courses for a variety of clients, including publishers, educational organisations, the CIEP and the reporters of the Scottish Parliament. 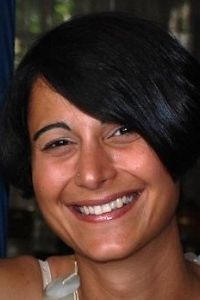 Starting her career at a small medical publisher in Oxford, Sarah produced medical textbooks, journals and a bi-monthly magazine. She then moved into the public sector to work for an adult education charity, introducing formal scheduling procedures, progress-chasing systems and detailed budgets. After this, she immersed herself in the education sector, editing and managing digital and print resources for primary, secondary and adult education publishers. 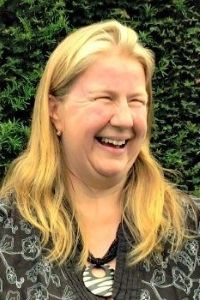 She has worked with Alastair Campbell, Vince Cable, David Willetts, Margaret Drabble and the late Herman Leonard, as well as a wide variety of others less famous. She enjoys editing both fiction and non-fiction, with a leaning towards history and politics. She lives on the edge of the North Downs with her husband, three children, a dog, six hens and tens of thousands of bees.

For more information about any of these courses, please email courses@publishingtrainingcentre.co.uk or sign up to receive our newsletter for updates on these and our other offerings.

£720+VAT
A number of discounts are available

Please note that the days are different for this session - training will be delivered over Wednesday, Thursday and Friday.

Please note that the days are different for this session - training will be delivered on a Tuesday, Wednesday and Friday.

A number of discounts are available

What you will need

To join the course, you will need to activate a Zoom account. This takes two minutes and does not require any payment. It is purely for administrative purposes.