Preparing for the unpredictable 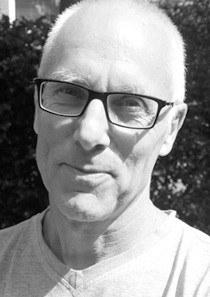 "I have a favourite text that I use in as many training courses as possible. It’s a piece written by Jacqueline Wilson for a school competition I worked on many years ago, and delegates have to guess what four things the civil servants of the Department for Education objected to in it. There are always at least two things delegates fail to ‘get’. (If you want to know the answers, you’ll have to come on the Rewriting and Substantive Editing course.)

"I use the piece to remind delegates how personal our judgements about writing are, but also how difficult it is to predict how people will react to different texts. In truth, though, this is a lesson that I am constantly taught by the people I work with on training courses. What works wonderfully with one group of people will fall embarrassingly flat with another – and what some people find a hilarious anecdote others will deem to be of unacceptably poor taste. Equally, what you imagine will be the clinching moment in your presentation or delivery turns out to be considered rather humdrum, and what you inserted purely because you were scared of being shy of material ends up bringing the curtain down.

"I was reminded of this the other day when I produced a pie chart to illustrate the different amounts of time I spent on the various stages of writing. My sole intention had been to find an illustration to flesh out the, to me, rather prosaic point that writing isn’t a single activity – but the effect it had was bizarrely revolutionary, with people apparently rethinking and repackaging the time they spent on writing. I’d allocated about two minutes to a discussion of this part of the course; we ended up spending more than half an hour on it.

"The same thing happened a while back when I was working on e-mail writing with a local government department. We’d dealt at length with e-etiquette, how many points an e-mail could contain before the reader stopped reading it and, running out of time, I remembered a screen grab I’d taken of a headteacher’s Monday morning inbox. I put it up on the screen and there was a collective intake of breath, followed by animated discussion for the next twenty minutes. Nobody in the group had ever thought before about how their e-mails were received, nor what the competing calls on their recipients’ attention were. Apparently it led to a small internal training session on how to select subject lines that stood out.

"This doesn’t help me at all, of course, as I prepare for my next course. 'Prepare for the unpredictable' isn’t really valuable advice. But it is one of the reasons that even courses you’ve taught fifty times before can still produce entirely unexpected reactions and why there will always be something serendipitous and unpredictable about the way in which tutor and delegates interact."